The Sole F80 Treadmill is a best seller, affordable and foldable at that. If you’re looking for a good workout machine, it’s said that buying a running machine/treadmill is one of the better decisions that you can probably make. Why? Treadmills are considered one of the most popular workout machines for a reason. That reason pretty much lies in the fact that it’s best known as a running machine. What’s probably the oldest and best known workout? Running, of course!

So, it’s only natural that treadmill would immediately become of the most popular running machines out there.

The popularity of treadmills can be also be attributed to their ease of use and functionality that, when used correctly, help people efficiently burn calories on a regular basis. Thanks to that, treadmills are usually recommended to people who want to strengthen their cardio and even lose weight. So, due to the demand of treadmills out there, there’s naturally more than one type of running machine to look out for on the market.

So, what type of running machine should you buy?

To start, there are so many running machines on the current market that it’s hard for people to make a choice. One of the factors that can make or break a purchase for people is size—and, yes, there are a lot of large treadmills on the market today. A lot of people, even if they can put a large treadmill in their home, prefer to have a treadmill that can easily be stored away.

That usually makes foldable treadmills a better option than most. 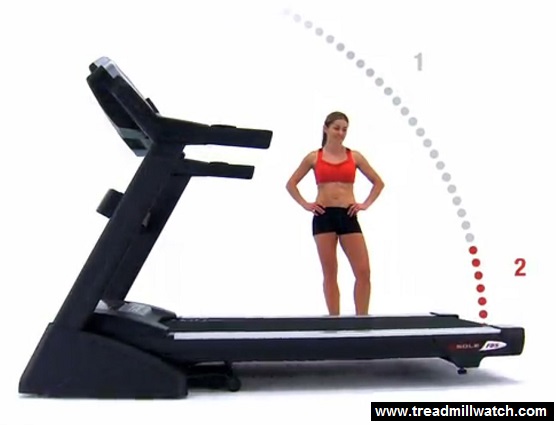 Running Machines – What Are My Choices?

You can actually find foldable treadmills anywhere you may find running machines being sold, so that’s at most online retailers that carry workout equipment, in addition to retail stores.

While you may find deals on workout equipment like treadmills, it’s always best to buy a treadmill at premium. Why? Treadmills, like any exercise equipment, need to have a build that will support long term wear and tear, so you can’t just expect to save money. That’s why it’s best to treat buying a foldable running machine as a long term investment.

When you buy a foldable Sole Fitness treadmill, it’s perhaps best to look for one in the $1,000 to $1,500 range, which is considered on the lower end of high quality treadmills.

While some people might consider the Sole F80 rather pricy, it’s still a good buy in its price range. Compared to the bigger F85, the F80 is a pretty cheap option. And the commercial grade TT8 treadmill is even more expensive.

Sole F80 – a Fold Up Running Machine From Sole Fitness

That’s interesting. Can you tell me more about the Sole F80 treadmill? What makes it a good running machine suited for home workouts?

The newest iteration of the Sole F80 treadmill actually expands on other Sole treadmill models and even provides people a good treadmill for running if they don’t care to spend more on Sole Fitness higher end treadmills.

The most important thing, in this case, that you should know about is its design. The design of the Sole F80 helps it save ‘a considerable amount of space when it’s used in a home.’ An interesting thing to note about this running machine is that it doesn’t fold vertically, so it can’t actually be tucked in a closet or storage closet ‘standing up.’ If you do have a deep enough closet, it can be stored in there on its side. 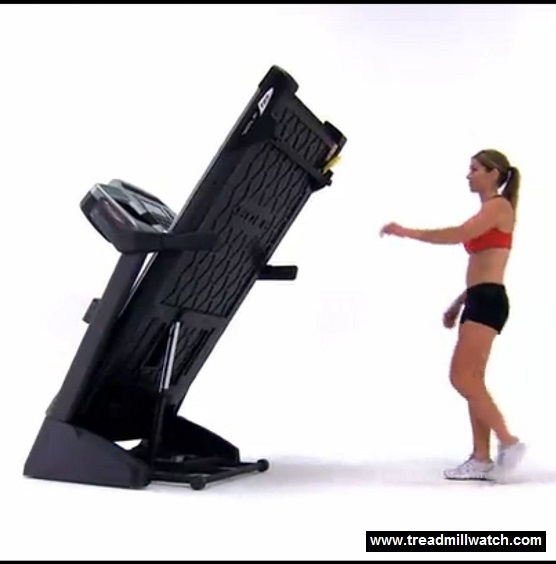 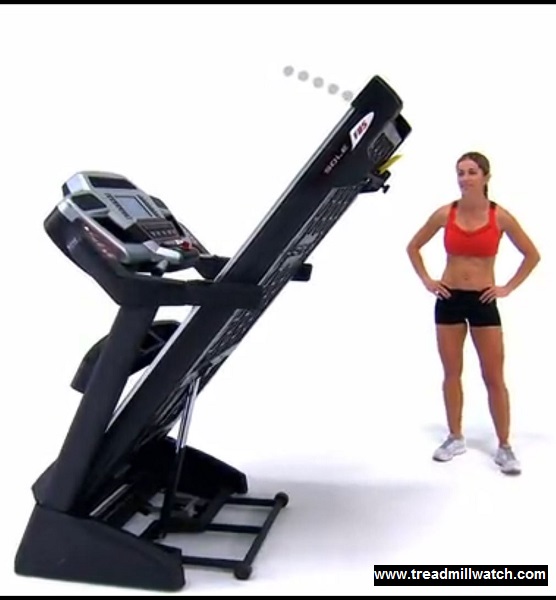 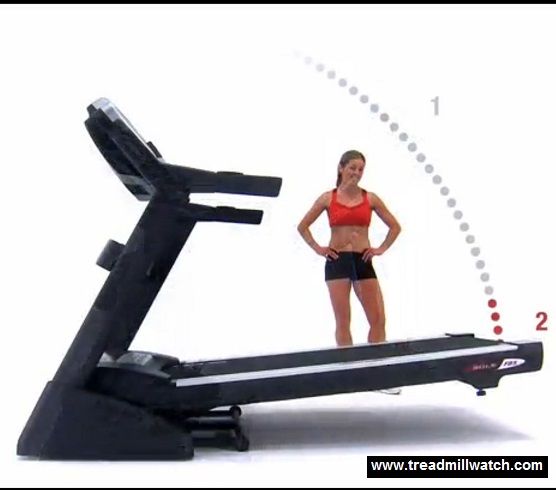 If you’re wondering about the noise level of this treadmill for running, it’s surprisingly quiet when in operation.

It’s even said to be as quiet as the treadmills at the gym! Even if you’re engaged in an intense workout, the treadmill is said to never get as loud as some people would expect, even when taken to its weight limits.

The space-saving horseshoe design also makes the Sole F80 rather sturdy in construction. That naturally makes the treadmill rather durable. It’s said to feature quality components that don’t compromise the sturdiness or even stability of the running machine when it’s in operation.

That’s even reflected in its weight limit of 350 pounds, since it manages to operate that quietly and easily with that much weight.

Interesting! Well, can you tell more about the performance of this running machine? How effective is the Sole F80 in most workouts?

If you want to know if the Sole F80 is an effective everyday treadmill for running, there’s good news for you.

It is—and, that’s what probably makes the Sole F80 so highly recommended by many fitness resources in the first place. While the lack of some features does set it back a bit, it does enough to make most people consider this running machine over most.

Naturally, that has a lot to do with its performance.

This Sole model running machine features a 3.5 CHP DC motor that helps power a running deck that extends 22-by-60 inches, which is also considered a sizable upgrade from its previous iteration. It also makes the running platform a lot larger than other comparable running machines, so anyone can use this treadmill without having to be tight on space or having to remain within the center of the running platform.

The motor itself outputs speeds that range between 0.5 MPH and 12 MPH. While some people have difficulty adjusting to the somewhat slow speed shifts, it’s not that much of an issue for most people who use the running machine. Also featured in this running treadmill machine is its remarkable CushionFlex Whisper Deck Technology, which provides the impact absorption features that this treadmill is best known for harboring.

Of course, all of that’s backed up with additional features like its 10 programmable workout presets, its MP3-compatible sound systems and its easy to read 7.5-inch LCD display—all features that make the Sole F80 foldable running machine well worth the value. My full Sole F80 running machine treadmill review can be found here.