In this article I take a closer look at the Sole F80 vs the Sole F85 treadmill. As always you can trust me to leave no stone unturned.  If you are looking for a treadmill, you’re in luck because there are a lot of treadmills that are available on the market today. A lot of treadmills. In fact, there are so many treadmills on the market, that it’s hard to pick one that might suit your needs. Sole Fitness is a well know and appreciated manufacturer of quality fitness equipment.

Which is the better choice?

Hear me out, and then decide for yourself.

❤️ Get 42% Off Sole F80 treadmill and free shipping

Some of best rated and reviewed treadmills out there are made by Sole Fitness, specifically the Sole F85 vs F80.

Okay so, if the Sole F80 and F85 are the most popular Sole Fitness treadmills, which one should I buy? What makes one model different from the other?

Sole Fitness makes treadmills that are well rated for a reason.

So, if you’ve settled on a Sole Fitness treadmill, you’re probably wondering about which model to buy.

The two most popular Sole Fitness models, at least right now, are their Sole F80 and Sole F85 treadmills.

Well, if you’re narrowing down your choices to the Sole F80 vs F85, know that the F85 is considered the more powerful of the two. That’s also reflected in its price tag, which makes it about $300 to $500 more than the F80. It also has bigger features than the F80; in some cases, though, bigger isn’t necessarily better when it comes to two well built treadmills.

So, if you’re choosing between the Sole F85 vs F80, know that it’s really a situational thing and not a quality thing. Both models are rather similar in build and in quality, but their functionality will ultimately determine whether or not you need one over the other.

Well, all right. Can you tell me more about the Sole F85? What makes it better than the Sole F80 as a treadmill?

The Sole F85 happens to be a foldable treadmill, as mentioned, making it suitable for most homes that can house the running machine. 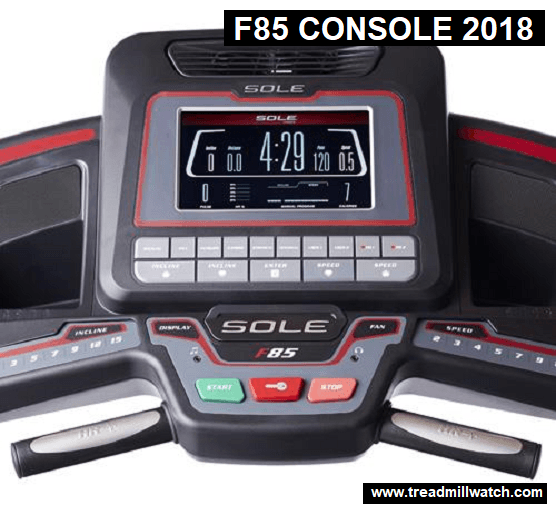 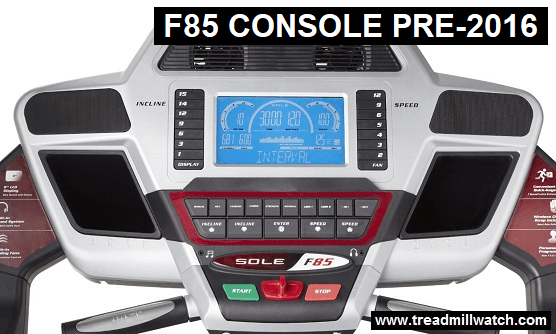 The price might be a deal-breaker for some, since it typically costs $3,799.99 at list price. Some retailers do carry this treadmill at about $2,099.99, however. So, it’s not a cheap treadmill, but that’s a good thing, since it’s not a good idea to buy a cheaper treadmill that have poor build quality.

Price aside, it’s the performance that makes the Sole F85 a better option for people who can afford the few extra hundred for a strong treadmill.

Something that separates the Sole F85 from other treadmills is its folding deck. Its Safety Lock helps lock the deck right into place when you’re ready to put it away.

Wow, thanks for telling me about that! Can you tell me about the Sole F80 now? What makes it different from the Sole F85? Which one should I get if I’m choosing between the SOLE F80 vs F85?

Well, the main thing that separates the Sole F80 from the Sole F85 is the price. 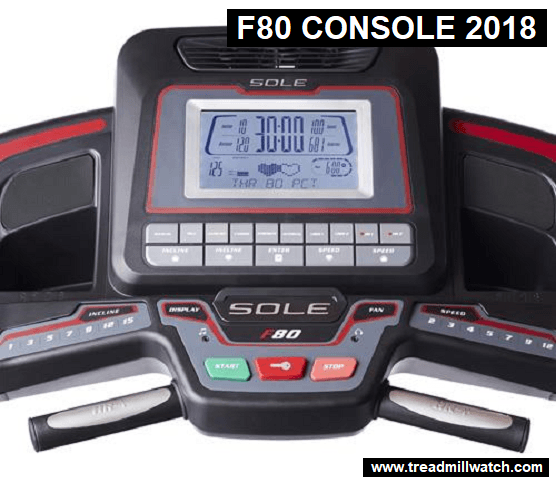 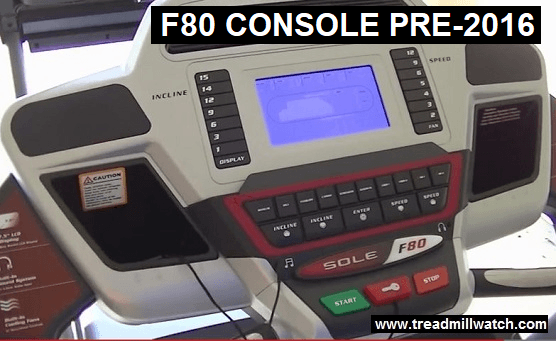 The price of the Sole F80 is almost as expensive as the Sole F85 at list price; this time, its price is $2,799.99. Retailers typically discount the price to as much as $1,699.99. So, you’re not going to get this treadmill at a price lower than that brand new. When it comes to these treadmills, remember that’s a good thing!

Now the Sole F80 is more or less the same in design and performance as the Sole F85.

The motor is a 3.5 CHP DC motor with the same speed range of 0.5 MPH to 12 MPH. It also has the same rack-and-pinion gear design with the same accompanying features. Of course, it’s just as effective as the F85 when it comes to absorbing impact from workouts. So, thank to the similarity in features between the Sole F80 vs F85, the main factor that separates the two is the price.

If you’re choosing between the Sole F80 vs F85, you’re probably going to end up choosing one based on the price, rather than performance.

No matter what you choose between the Sole F85 vs F80, you’re still getting a good treadmill for the price! Both treadmills are now available with financing from Citizens Pay, from between $97/mo and $119/mo. 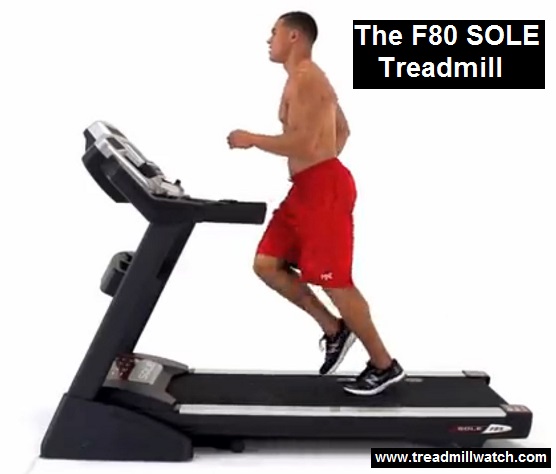